Why You Should Not For Sale By Owner #BetterThanFSBO

#SellYourHomeForMoreandPayLess #TimeToSell #ChrisBJohnsonRealtor
Your home is probably the biggest asset you own. This is why you should hire a professional to guide youthrough all your real estate transactions. My goal is to help 24 to 28 families each year either buy or sella home. I am NOT interested in Selling 100 or 200 homes a year because I would not be able to give each family the time, attention and energy they deserve.................. 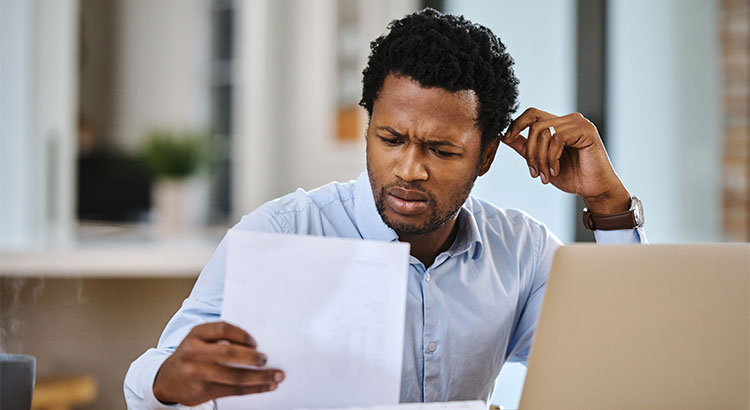 In today’s market, as home prices rise and a lack of inventory continues, some homeowners may consider trying to sell their homes on their own, known in the industry as a For Sale by Owner (FSBO). There are several reasons why this might not be a good idea for most sellers.
Here are the top five reasons:

According to NAR’s 2018 Profile of Home Buyers and Sellers, 95% of buyers searched online for a home last year. That is in comparison to only 13% of buyers looking at print newspaper ads. Most real estate agents have an Internet strategy to promote the sale of your home, do you?

2. Results Come from the Internet

Where did buyers find the homes they actually purchased?
The days of selling your house by putting out a lawn sign or putting an ad in the paper are long gone. Having a strong Internet strategy is crucial.

3. There Are Too Many People to Negotiate With

Here is a list of some of the people with whom you must be prepared to negotiate if you decide to For Sale by Owner:

The paperwork involved in selling and buying a home has increased dramatically as industry disclosures and regulations have become mandatory. This is one of the reasons that the percentage of people FSBOing has dropped from 19% to 7% over the last 20+ years.

5. You Net More Money When Using an Agent

“Properties listed with a broker that is a member of the local MLS will be listed online with all other participating broker websites, marketing the home to a much larger buyer population. And those MLS properties generally offer compensation to agents who represent buyers, incentivizing them to show and sell the property and again potentially enlarging the buyer pool.”

If more buyers see a home, the greater the chances are that there could be a bidding war for the property. The study showed that the difference in price between comparable homes of size and location is currently at an average of 6% this year.
Why would you choose to list on your own and manage the entire transaction when you can hire an agent and not have to pay anything more?

« Where is the Housing Market Headed in 2019? [INFOGRAPHIC]

The information contained, and the opinions expressed, in this article are not intended to be construed as investment advice. Keeping Current Matters, Inc. does not guarantee or warrant the accuracy or completeness of the information or opinions contained herein. Nothing herein should be construed as investment advice. You should always conduct your own research and due diligence and obtain professional advice before making any investment decision. Keeping Current Matters, Inc. will not be liable for any loss or damage caused by your reliance on the information or opinions contained herein.

Posted by Chris B Johnson REALTOR® at 10:47 AM No comments:

My Los Angeles County Real Estate BLOG   My Ventura County Real Estate BLOG
Investor Fix & Flip-Bidding Ends SOON!
#SellYourHomeForMoreandPayLess #TimeToSell #ChrisBJohnsonRealtor
Your home is probably the biggest asset you own. This is why you should hire a professional to guide youthrough all your real estate transactions. My goal is to help 24 to 28 families each year either buy or sella home. I am NOT interested in Selling 100 or 200 homes a year because I would not be able to give each family the time, attention and energy they deserve....
The final days of December have the stock market reeling as the Dow could possibly have its worst year-end return since 1931, The Great Depression. All major U.S. equity indices are approaching bear market territory with the Nasdaq briefly hitting that on Thursday.
The Dow took a nosedive Wednesday afternoon as the market reacted to the Federal Reserve’s final rate hike of 2019. The markets continued to fall on Thursday with the Dow dropping another 464 points. The Fed raised its benchmark overnight lending rate by a quarter point, putting it in a range of 2.25 to 2.5 percent.
In the press conference following the Federal Open Market Committee meeting, Fed Chair Jerome Powell and other Fed board members cited an economy that’s growing in some areas and showing signs of softening in others. He said that makes their decisions less certain and more dependent on data. “There’s a fairly high degree of uncertainty about both the path and the ultimate destination of any further increases,” said Powell. “I think from this point forward, we’re going to be letting the data speak to us.”
The Dow and the S&P 500 are both in corrections with the Dow ending Wednesday trading at a new 2018 low. The global markets also plummeted, hitting two year lows, as fears of recession only grew stronger on the Fed’s announcement.
While the stock market may be sinking, that also means long-term interest rates are going down. When the Dow plummeted earlier this week, and the global market was shaken, bond yields also went down as investors looked for the safety of government debt. Many lenders posted rates below 4.6 percent earlier this week.
As Treasuries rallied after Powell’s announcement, yields dropped to their lowest point since April of this year. As the yields dropped, the yield curve between the 10-year and 2-year also continued to flatten while the 2- and 5-year yields inverted. The 10-year Treasury note briefly touched 2.75 percent, a yield not seen since early April. The 10-year note was trading at 2.78 percent in early morning trading on Friday. Housing starts overall were up for November according to the Commerce Department’s report. However, this was mainly due to a large increase in multi-family housing.
Single-family home starts are struggling, down more than 13 percent from November of 2017. This was the third straight month of declining single-family housing starts. October’s housing starts, originally showing an increase, were revised down to instead show a decrease of 1.6 percent.
Analysts also expect that new home sales will once again see a decline. October saw a nearly 9 percent decrease in new home sales, according to the Census Bureau, which was a nearly 2-and-a-half-year low. The November report form the Census Bureau will be released on Dec. 27.
Existing home sales saw a bump up in November, increasing by 1.9 percent according to the National Association of Realtors. That’s the second straight month of increases in existing home sales. Sales are still down 7 percent from a year ago.
Home prices are still gaining as well. The median existing-home price for all housing types (single-family, townhomes, condominiums and co-ops) was $257,700, an increase of 4.2 percent from November of 2017.
According to the NAR data, unsold inventory is sitting at a 3.9-month supply which is better than where it was a year ago at 3.5 months. However, the NAR’s chief economist, Lawrence Yun, says the availability can be misleading. “Inventory is plentiful on the upper-end, but a mismatch between supply and demand exists at affordable price points.”

Greg Richardson is Movement's Senior Advisor of Capital Markets & Strategy and a contributing author to the Movement Blog. His weekly market update is a must-read commentary on financial markets, the mortgage industry and interest rates. Greg is an industry veteran who knows how to read the financial tea leaves and make complex industry data easy for loan officers, real estate agents and homebuyers to understand.
Related Stories

Posted by Chris B Johnson REALTOR® at 11:32 AM No comments: