My Los Angeles County Real Estate BLOG   My Ventura County Real Estate BLOG﻿
Investor Fix & Flip-Bidding Starts Saturday!
#SellYourHomeForMoreandPayLess #TimeToSell #ChrisBJohnsonRealtor #SellersPayZEROCommission #ListYourHome&PayNoCommission #BetterThanFSBO #5StarREALTOR®
Your home is probably the biggest asset you own. This is why you should hire a professional to guide youthrough all your real estate transactions. My goal is to help 24 to 28 families each year either buy or sella home. I am NOT interested in Selling 100 or 200 homes a year because I would not be able to give each family the time, attention and energy they deserve.... 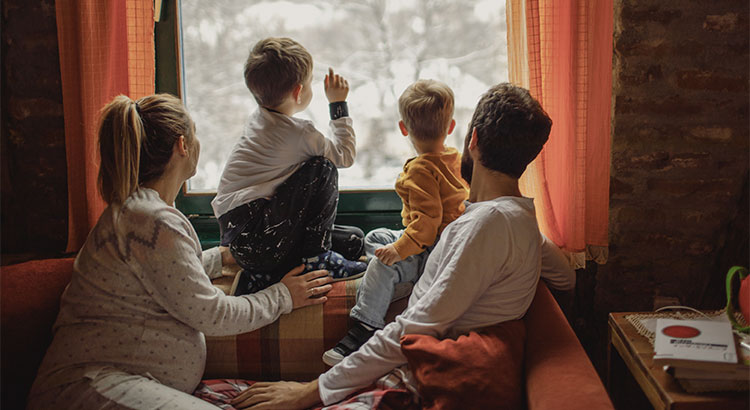 Here are five reasons listing your home for sale this winter makes sense.

The latest Buyer Traffic Report from the National Association of Realtors (NAR) shows that buyer demand remains strong throughout the vast majority of the country. These buyers are ready, willing and able to purchase… and are in the market right now! More often than not, multiple buyers are competing with each other to buy a home.
Take advantage of the buyer activity currently in the market.

2. There Is Less Competition Now

Housing inventory is still under the 6-month supply that is needed for a normal housing market. This means that, in the majority of the country, there are not enough homes for sale to satisfy the number of buyers in the market. This is good news for homeowners who have gained equity as their home values have increased. However, additional inventory could be coming to the market soon.
Historically, the average number of years a homeowner stayed in their home was six but has hovered between nine and ten years since 2011. There is a pent-up desire for many homeowners to move, as they were unable to sell over the last few years because of a negative equity situation. As home values continue to appreciate, more and more homeowners will be given the freedom to move.
The choices buyers have will continue to increase. Don’t wait until this other inventory comes to market before you decide to sell.

3. The Process Will Be Quicker

Today’s competitive environment has forced buyers to do all they can to stand out from the crowd, including getting pre-approved for their mortgage financing. This makes the entire selling process much faster and much simpler as buyers know exactly what they can afford before home shopping. According to Ellie Mae’slatest Origination Insights Report, the time to close a loan has dropped to 46 days.

4. There Will Never Be a Better Time to Move Up

If your next move will be into a premium or luxury home, now is the time to move up! The inventory of homes for sale at these higher price ranges has forced these markets into a buyer’s market. This means that if you are planning on selling a starter or trade-up home, your home will sell quickly, AND you’ll be able to find a premium home to call your own!
Prices are projected to appreciate by 4.8% over the next year according to CoreLogic. If you are moving to a higher-priced home, it will wind up costing you more in raw dollars (both in down payment and mortgage payment) if you wait.

5. It’s Time to Move on With Your Life

That is what is truly important.

The Federal Reserve will hold its final Federal Open Market Committee meeting of 2018 next week where the group is expected to raise interest rates once more this year. However, what has happened these last few weeks with regard to inflation may prove for interesting commentary as it relates to raising rates in 2019.
Wholesale inflation has slowed again, helped by a sharp decrease in energy prices. Wholesale gasoline prices saw their biggest drop in nearly three years with a 14 percent cost decrease. Natural gas prices also fell by a large margin—28 percent.
The large drop in energy prices was offset by a 0.1 percent increase in the producer price index for November (PPI), bolstered by rising costs of services. Many economists had predicted no change or even a decrease.
The report on the PPI from the Bureau of Labor Statistics shows that wholesale inflation has slowed from 2.9 percent to 2.5 percent over the past year. That’s nearly a full point drop from just a few months ago when the wholesale inflation rate hit a high of 3.4 percent.
The Consumer Price Index was also unchanged in November, seasonally adjusted. The Core CPI, that excludes energy and food prices, increased by 0.2 percent last month. Over the last 12 months, Core CPI is up 2.2 percent.
That slow down in inflation is expected to have an effect on the Federal Reserve’s decisions about raising rates in 2019. The Fed uses the personal consumption expenditures price index (PCE) as their preferred measure of inflation. October’s PCE, which excludes food and energy, increased by just 1.8 percent in October. That was its smallest gain since February. That’s yet another sign that inflation has softened. As it often happens, Wall Street reacted time and time again this week to varying political issues, both domestic and international.
With news of positive trade talks between the United States and China, futures traded higher on Wednesday while the Dow regained some losses. The yield on the 10-year Treasury note sat relatively unchanged, leaving long-term mortgage rates well below the high of 5 percent reached earlier this year. With the FOMC meeting happening next week, there is still a window of opportunity for people looking to refinance or lock in a purchase rate before rates go back up as they’re expected to do.
The bump in equities happened a day after the S&P 500 hit correction territory. Looking at it in the short term, a correction seems portentous. However, our economy has been riding high for so long that this correction, and continued volatile trading, have yet to make a distinct impact for the worse. Since the recession ten years ago we have seen multiple corrections and none have resulted in significant downturns.
The New York Times looked deeper into the history of corrections and recessions and found “In the last 20 years, there have been 10 corrections. Only two turned into a bear market, defined as a decline of 20 percent from its high, amid the recessions that began in 2001 and at the end of 2007.”
Adding to the tumultuous trade deal between President Trump and Chinese President Xi Jinping, is the uncertainty about Brexit.
U.K. Prime Minister Theresa May won a vote of confidence earlier this week which means her leadership cannot be challenged for at least one year. However, that did not solidify economic plans. The pound reacted well to the vote but May’s Brexit deal with Europe is not fully supported by Parliament. There will likely be continued volatility on that end as their government works on a deal.

Greg Richardson is Movement's Senior Advisor of Capital Markets & Strategy and a contributing author to the Movement Blog. His weekly market update is a must-read commentary on financial markets, the mortgage industry and interest rates. Greg is an industry veteran who knows how to read the financial tea leaves and make complex industry data easy for loan officers, real estate agents and homebuyers to understand.
« 4 Reasons to Sell Your House This Winter [INFOGRAPHIC]

View my complete profile
The information contained, and the opinions expressed, in this article are not intended to be construed as investment advice. Keeping Current Matters, Inc. does not guarantee or warrant the accuracy or completeness of the information or opinions contained herein. Nothing herein should be construed as investment advice. You should always conduct your own research and due diligence and obtain professional advice before making any investment decision. Keeping Current Matters, Inc. will not be liable for any loss or damage caused by your reliance on the information or opinions contained herein.