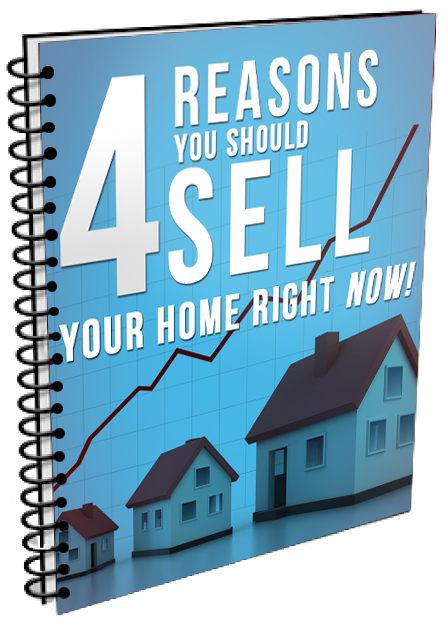 By Chris B Johnson Realtor, Ventura County Short Sale,
The clock is ticking...Approximately half a million homeowners who received a mortgage loan modification in 2010 through the government's Home Affordable Modification Program, commonly known as HAMP, are due to reset in 2015 – and those homeowners will be facing slowly increasing monthly mortgage payments.

Will these homeowners be able to handle the payment increases, or will there be a massive wave of re-defaults?
The U.S Department of Treasury and Department of Housing and Urban Development (HUD) launched HAMP in 2009 as part of its Making Home Affordable initiative to provide relief for homeowners facing financial hardship by reducing monthly payments to affordable levels through lowered interest rates and modified loan terms. The goal of the modifications was to reduce monthly payments to about 31 percent of the homeowner's income. According to Mark McArdle, Chief Homeownership Preservation Officer at Treasury, HAMP has saved distressed homeowners an average of about $547 per month (about 39 percent) on mortgage payments by lowering their interest rate in many cases to 2 percent.

There are some who are not sold on the effectiveness of HAMP. One of those is Bankrate.com Chief Financial Analyst Greg McBride, who said in 2009 that homeowners receiving a modification through HAMP were simply "kicking the can down the road" and now that we are in 2015, "we're at the end of the road" because of all the HAMP mods due to reset this year. Furthermore, he said he thinks many homeowners will be "shocked" to find out that "permanent didn't really mean permanent" and instead meant five years.

"What happens is that payment starts to normalize – that 2 percent increases by 1 percentage point per year," McBride said. "So what's going to happen is these homeowners are going to see their mortgage payments go up this year, next year, and in many cases, the year after that. That's where the potential problem is. Household incomes have been stagnant and many homeowners don't have the additional room in their budget to absorb higher payments. Even if they can absorb the first payment increase, the cumulative increase of payments in subsequent years could prove problematic."
Just how problematic will the interest payment increases be? That remains to be seen, but even without the interest increases, re-default rates on HAMP mods have hovered around 40 percent for mods with a 2010 vintage.

As of the end of Q3 2014, the latest data available, HAMP has helped about 1.4 million distressed homeowners receive permanent loan modifications.  Of the approximately 60,000 permanent modifications completed in 2009, the first year of HAMP, about 42 percent of those modifications were 90 or more days delinquent 42 months after the modification became permanent. Of the nearly 511,000 HAMP modifications with a vintage of 2010, that percentage was about the same for those with a 2009 vintage – about 41 percent. That is double the percentage of overall 90-day delinquency rate of all HAMP mods completed through the second quarter of 2013, which is 20 percent.
Treasury has been considering the possibility of re-defaults on HAMP mods and has ways of helping those borrowers for years.

"In addition, we are looking at whether financial counseling for borrowers at the beginning of a modification can be effective in reducing re-default risk," McArdle wrote in 2013. "While re-default remains an unfortunate outcome for some borrowers, clearly without HAMP, national foreclosures rates would have been much higher and many borrowers would not have received the assistance they needed. HAMP continues to be the strongest available program for mortgage modifications. Receiving assistance through HAMP gives homeowners a valuable opportunity to strengthen their financial footing and stay in their homes."

McArdle said that only a small percentage of borrowers who re-default on HAMP mods actually go into foreclosure. Many who re-default are later able to find solutions to avoid foreclosure.
"Of those homeowners who have not been able to keep up with their modified payments under HAMP, the majority have received other forms of assistance or reinstated or paid off their mortgage loans," McArdle wrote. "HAMP requires servicers to reach out to any homeowner who falls behind on a modification to review all other assistance options, before the servicer starts foreclosure proceedings."


Many Ventura County Homes Appreciated by over 26% In The Last 2 Years.  If you’re thinking of selling, yours may have now have enough equity to sell without being “Short”. Pricing your home correctly the FIRST TIME is more important than ever! If you want an accurate idea of what your home is worth Click Here:

You may now have enough EQUITY in your home to sell WITHOUT having to be “short”. If you are thinking about a short sale I can help you get an accurate value for your home and get back on your feet.

If you would like periodic updates on what is going on in Your Neighborhood or the Ventura County Real Estate Market, Click on the Links!

McArdle is scheduled to be a panelist on the "Modifying Modifcation" panel at the upcoming Five Star Government Forum in Washington, D.C. on March 18. This panel will assess HAMP and its effect on stabilizing the housing market and assisting distressed homeowners.

With regard to the possibility of re-default, McArdle said Treasury is ready.

"Treasury will maintain its oversight of participating servicers," McArdle said in a note to servicers last March. "We will monitor the interest rate resets to ensure that if signs of homeowner distress arise, servicers are ready and able to help by providing loss mitigation options and alternatives to foreclosures."

McBride said although there will be HAMP re-defaults, it will likely not trigger a housing bust similar to the one the country experienced seven years ago.

"The numbers aren't that big relative to what we saw during the housing bust and it's spread out over a period of several years, so it's not coming all at once," McBride said.


HARP or Conventional Re-Fi
Posted by Chris B Johnson REALTOR® at 7:38 PM