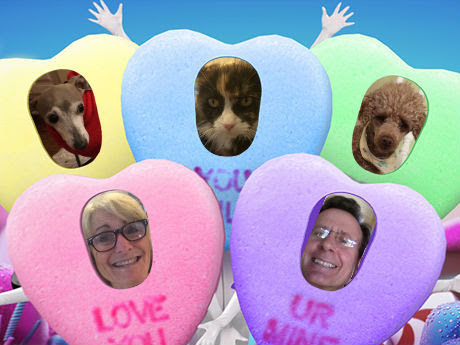 For the U.S. real estate market, the last decade has been incredibly volatile. We’ve witnessed a full boom and bust cycle. Prices soared for years, peaking in 2006. However, the price increases were unsustainable, and a bubble formed. When it burst in 2008, the housing market crashed, causing an unprecedented foreclosure crisis.
So which direction will the mortgage default index head to start the new year? The industry will find out on Tuesday, February 16, when S&P/Experian releases the consumer credit default report for January 2016.
The first mortgage default rate was 0.84 percent in December, an increase of two basis points from November. The rate ticked up by one basis point in November and by five basis points in October. Even after the three straight months of increases, the first mortgage default rate was still down by 18 basis points over-the-year in December 2015.
Three months of increases late in the year do not make a trend, according to David M. Blitzer, Managing Director & Chairman of the Index Committee at S&P Dow Jones Indices.
“The first mortgage move was not unusual given past patterns,” Blitzer said. “There were no seasonal patterns or other concerns that stand out.”
In January 2015, the first mortgage default rate held steady from December to January at 1.02 percent following a jump of five basis points in December, its largest increase in the previous 15 months.
The second mortgage default rate was up by eight points year-over-year in December, however, at 0.67 percent. Though it held steady from November to December, it spiked by 20 basis points in the previous two months.
The composite index, which is comprised of the first and second mortgage default rates, the bank card default rate, and the auto loan default rate, stayed flat at 0.97 percent from November to December. On the remaining two indices that make up the composite rate, the default rate on auto loans was unchanged over-the-month in December at 1.04 percent while the bank card default rate plummeted by 42 basis points down to 2.49 percent.
Since 2008, the market has made a dramatic recovery. In fact, today’s market is close to being a “normal” market, and for the millions hit hardest by the financial crisis, that is tremendous news. Last year ended strongly, and strong sales and increasing prices are helping even more homeowners regain equity. According to RealtyTrac, 6.9 million homeowners were seriously underwater (owing at least 25% more than the property is worth) at the end of Q3 2015. That’s down from a peak of around 12.8 in 2012. Nearly half a million of those were lifted from being seriously underwater at the end of last year.
With equity so recovered, many homeowners are taking advantage of their recently gained equity to sell their homes and move-up or move-on from a bad situation. And if you’re thinking of selling, now is a great time. First, today’s market is still a seller’s market, with demand outpacing inventory in many markets nationwide. This gives you a lot of control as a seller, and it also ensures you can get top dollar for your home. On the other side of the transaction, mortgage rates remain low, but are expected to increase as the year goes on. That means you’ll be able to afford less home later in the year. So if you’re thinking of selling, start exploring your options to take advantage of these market conditions.
Chris B Johnson, REALTOR®, SFR®, CDPE®, CHS®
Neighborhood Market Report  Mortgage Pre Approval  Time To Buy A Home
Posted by Chris B Johnson REALTOR® at 10:51 AM